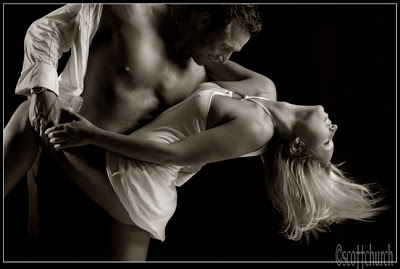 I’ve been trying not to analyze things too much with regard Mr. Nice Guy, but my own behavior is very interesting to me. I draw close – I pull away… over and over again.

I am attracted and repulsed.

Previously, I felt a little funny writing my real feelings on this subject, for fear he would find this blog and end up with hurt feelings. But he knows I have it, and I told him I didn’t feel comfortable giving him the link and that I prefer he not read my personal journal at this time. So if he hunts it down against my wishes and doesn’t like what he finds, then he gets what he gets, and I’ll know I can’t trust him.

So… what is going on with me? Let’s get real about this nice-guy thing.

He’s a bit effeminate, yet I appreciate the absence of a certain level of machismo.

His healthy lifestyle rules are extreme and a bit obnoxious, but I’m impressed that he has that kind of will-power.

He’s too much into my business, but I like it that he takes an interest.

He’s embarrassingly emotional, but his sensitivity is endearing at times.

His love/obsession with small animals is freaky. No up-side to that.

I have more to say about each of these things, but I just can’t post the details without feeling like I’m hurting him in some way, even if he doesn’t see it.

I realize that it all boils down to my own prejudices and stereotypes about men, and I admit that my choices aren’t always the best. I don’t want to be superficial and not date someone just because he likes (that’s putting it mildly) cute little furry animals or crosses his legs – that’s ridiculous. But at the same time, these things are really hard for me to get past. I’m being honest, at least.

I tell myself that I’m quirky, too – that I have things that I like and do that may seem strange to others, but… it’s really just not working for me. That’s the bottom line.

One interesting thing I noticed while I was in Seattle is worth mentioning. Other men in my life have had a distinct smell; one whiff of The Belgian can send me into a fury of passionate desire. Mr. Nice Guy doesn’t smell. He doesn’t smell good – he doesn’t smell bad. He doesn’t smell like anything. Is that the pheromone thing? I wonder… And if it is, is that just merely a lusty superficial thing, and is it possible to get to that same level of passion with intimacy rather than a scent? Or is it something more primal and instinctive that’s absolutely required for attraction?

He’s coming to NYC in a couple of weeks, and I’ll see him over the weekend. And then we were supposed to have a talk about what to do next. I really don’t think I want to move forward with this; I just don’t think I can. I certainly can’t be consistent, and I don’t think that’s very fair to him.

4 Comments on “Musings on Nice Guys”